A matter of honour to Albanians who protected Jews

The role of Albanians in rescuing Jews from the Nazis was told to more than 400 people at a Pinner Synagogue HMD event by the country’s UK ambassador, Mal Berisha.

Albania was the only occupied country in Europe to end the war with more Jews than at the beginning, Mr Berisha said. “It was also the only European country in which not a single Jew was handed over to the Nazis or lost his life. Jews were fed, sheltered, hidden in places of safety, offered aliases and family love at great personal risk by their rescuers among a population that was largely Muslim.”

Their heroism reflected “besa”, a code of honour followed by Albanians irrespective of religion. Based on the principle that “the house of an Albanian belongs to God and the guest”, it requires that citizens be ready to receive a guest with bread, salt and an open heart — and must defend their guest’s honour even at risk to their own life.

A large contingent of young Albanians living and studying here were among the guests. The event also included the screening of a documentary in which Jews and Muslims give first-hand accounts of the moral and physical courage of Albanians, both before and during the war.

“Pinner Synagogue has been delighted to have been able to host this recognition of remarkable cross-religious heroism to such a diverse and large audience,” said organising committee chair Gaby Glassman. “It was so uplifting to hear the many stories of positive Muslim and Jewish interaction, even at the darkest moments of history.”

She announced that the Pinner community had planted a tree in the Lord Sacks Forest in Jerusalem “in grateful appreciation of the courageous acts of the Albanian people in rescuing and sheltering Jewish refugees”, and presented the ambassador with a commemorative certificate.

Miku me i madh i shqiptareve | ABC Story 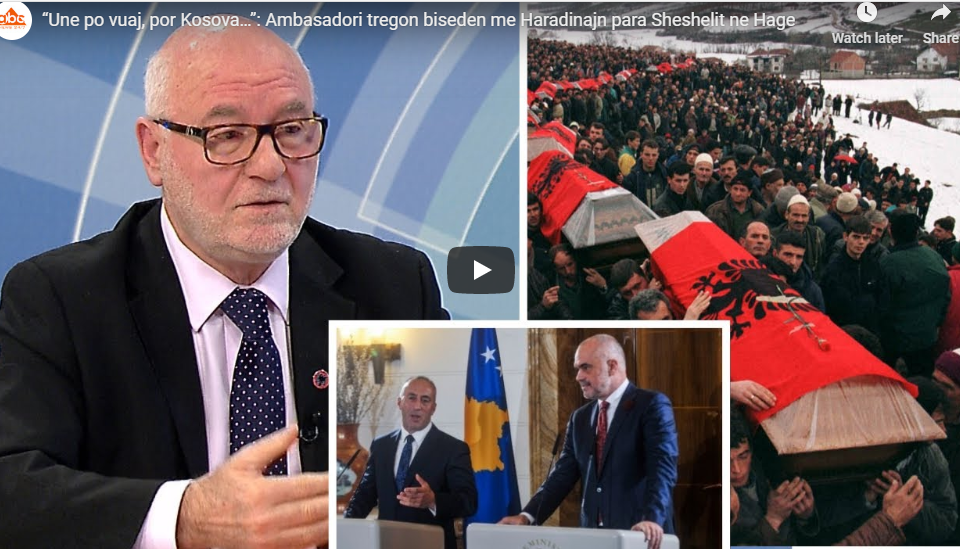