As a diplomat, I have learned from Herman Bernstein that everything we write, even the notes we scribble and the business cards we exchange, are important records to be preserved. 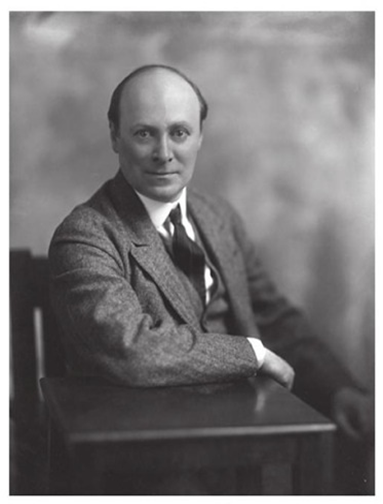 Herman Bernstein was born on September 21, 1876 in a village named “Vladislavov” in Russian, called “Neustadt-Schirwindt” in German or “Naishtot” in Hebrew, located between the borders of Russia and Germany in today’s Lithuanian territory. He is the son of David and Marie Bernstein. His family immigrated to the United States in 1893. He studied in the States and married Sophie Friedman in 1901. His father was a Talmud scholar but died when Herman was a young boy. He was assigned as the United States Ambassador to Albania by the 31st US President Herbert Hoover. He served in Albania from February 1930 to September 1933, during a period marked by Albania’s struggle under King Zog to maintain its independence between Italy and Yugoslavia.

The activity of Herman Bernstein goes far beyond of the work of a journalist, traveller, writer, political analyst or historian. Bernstein, as one of the educated elite of his times, played a historic role despite the fact that he was not a politician. He wrote a series of books including:

The Flight of Time, In the Gates of Israel, Contrite Hearts, Celebrities of Our Time, The Road to Peace, The History of a Lie, With Master Minds, Willy – Nicky Telegrams, Herbert Hoover – The Man Who Brought America to the World.

He translated a number of important literary works by figures such as Maxim Gorky, Leonid Andreyev, Leo Tolstoy and Ivan Turgenev, from Russian into English.

While traveling through Russia and Europe, he interviewed some of the greatest men of his time. The interviews, with commentary, were published in a book entitled With Master Minds:

In his introduction he writes:

“It has been my good fortune to interview some of the master minds of Europe—the foremost authors, scientists, philosophers, statesmen and artists.  I hope I have given to  the reader the prophetic earnestness of Leo Tolstoy, the zeal and optimism of Elio Metchnikoff, the brilliant whimsicalities of George Bernard Shaw, the clever statesmanship of Count Sergius Witte, the keen penetration or Professor Henry  Bergson, the passionate power of Leonid Andreyev, the analytical force of Harden, the love of the beautiful of August Rodin, the fearless progressiveness of Havelock  Ellis, the many sided erudition of Maxime Kovalevsky, and the quaint philosophy of the Sheikh-Ul-Islam.”

What makes this publication more important is the foreword of Theodore Roosevelt, then a former US President (1901-1909), who wrote the following letter to Bernstein on November 6, 1917:

I congratulate you on the noteworthy service you have rendered by the discovery and publication of these letters. They illuminate with a glare like a flashlight, the dark places of diplomacy of despots; they show what diplomacy in autocratic nations really is and what it has done and sought to do, right up to the present time. Let me repeat, my dear sir, that in publishing these letters you have rendered a signal service to this nation and to all mankind.

In 1919 Bernstein went to Paris with the American Delegation as a journalist. He reported from Paris for many American newspapers. The story of the Paris Peace Conference is very important for Albania and is entirely linked to the position of the United States, represented by President Wilson and to the contributions of an American missionary, Charles Telford Erickson. It was Charles Telford Erickson who informed President Wilson in daily briefs about Albania’s history and why it was facing that situation

In 1929 Herbert Hoover became the 31st President of the United States and would serve until 1933. It is worth mentioning that President Hoover had served as the Secretary of Commerce from 1921 to 1928. In 1925 he gave a donation of 10,000 US dollars on the condition of anonymity (because it was considered a conflict of interest) for the Agricultural School of Kavaja in Albania, soon to be established by Charles Erickson. Bernstein wrote his book The Man who Brought America to the World dedicated to President Hoover.

After such an excellent carrier, Bernstein assumed his position as American Minister to the Albanian Kingdom on February 17, 1930.  He presented his letters of credence to King Zog of Albania on April 28, 1930 and relinquished on September 24, 1933.

Bernstein explains in his diplomatic reports why Albania is referred as the most dangerous zone of Europe where a war is likely to start. He gives a picture of the country in such a beautiful way: “Albania has been called ‘Europe’s Forgotten Land,’ ‘Cinderella among the Nations,’ ‘Land of the Paradox,’ ‘Key to the Adriatic,’ and ‘the Belgium of the Balkans. He writes:

“Albania’s history dates back to the pre-Christian era. The city of Durazzo, known ancient times as Durrahium, is twenty-seven centuries old. The Albanians are believed to have descended from the ancient Illyrians. Alexander the Great of Macedon was a son of an Albanian princess. The town of Butrint, in Southern Albania, where recent excavations brought back age-old scenes immortalized by Virgil, has a remarkable amphitheater more than two thousand years old. Feniks Hill near Saranda in Southern Albania is surrounded by series of massive walls which makes the place one of the most highly fortified and largest acropolises of the classic world. The tribes of Epirus, the Greeks, the Romans, the Slavs, and finally the Turks took possession of Albania and endeavoured to suppress the people by imposing their own nationalities, languages, and customs upon the sturdy mountaineers, but without complete success. Even the five hundred years of Turkish rule, during which they were forced to embrace Muhammadanism, did not thwart the indomitable spirit of independence among the North Albanian mountaineers, and notwithstanding the most drastic suppression of Albanian schools, books and newspapers, the Albanian language has survived.”

Reasons why Albania has lost faith in the Italians?

Bernstein was very concerned about the influence of Duçe on Albania and his dreams to expand the Italian territories beyond the Adriatic Sea on the east. In a large article, he tackles many subjects of Albanian-Italian relations. Bernstein remarked “Why is Italy so eager to restore cordial collaboration with Albania, to pour vast sums of money into the little country? The answer is that Albania, by geographical position, holds the keys to the Adriatic.

Bernstein went to Elbasan to attend a ceremony at the Orthodox Monastery. He described the ceremony being attended by Christians, Muslims and Bektashis alike. It showed perhaps the first and the only case in the world where people of the same nation of different religions attended such an interesting ceremony together.

Bernstein – The first biographer of King Zog I of Albania,

Bernstein wrote, “The life story of the Albanian ruler, told by himself in the third person.” The story is, as one would expect, flattering but it is not by any means a work of historical accuracy. Nonetheless, it provides an insight into how King Zog viewed himself and his country’s history and development”.

During his appointment, he worked on negotiation and extradition treaties between the U.S. and Albania. Two of these treaties were bilaterally signed during his time as Ambassador in Tirana, Albania. Bernstein also received an award from King Zog for his service to Albania, the Grand Cordon of the Order of Skanderbeg.

King Zog and Ambassador Bernstein spoke about the possibility of establishing a Jewish enclave in Albanian territory. In that time when Jews all over Europe were being faced with Nazi racism, Bernstein wanted to do something to create a safe haven for a significant number of Jews. Herman Bernstein was on good terms with King Zog.

Bernstein was much interested in archaeological discoveries. He had a personal acquaintance with the Italian archaeologist Luigi Maria Ugolini. Later on, the impressive remains of a fifth or sixth-century synagogue were uncovered by the Albanian Academy of Sciences and the Hebrew University Institute of Archaeology. The archaeologists discovered that the synagogue underwent various periods of use, including its conversion into a church at its final stage.

On the 200th anniversary of George Washington – Bernstein addresses to an audience as follows:

“It is my privilege to celebrate this historic occasion in Albania whose people suffered and struggled so long before they have attained their independence, and whose own hero, Scanderbeg, was one of the world’s greatest personalities both as a leader of men and as a champion of his people’s independence. To celebrate the bicentennial birthday of George Washington it is my honor and pleasure to dedicate the seeds of tree brought from Mount Vermont the home of Washington, and plant them in Albanian soil, on the grounds of American Legation.”

This piece was published by the editor of the American Foreign Service Association:

“From the windows of the new American Legation in Tirana one can see many quaint and fascinating sights which present a picture of Albanian life in all its variegated colours and shades … In front of the Legation gates, the new road leads from Durazzo to Elbasani and Kortcha. Durazzo on the Adriatic is the most important sea port. Built about 700 years before the Christian era, known in the past as Dyrrhachium, it witnessed scenes of glory, of bloody battles, of the conflicts between the armies of Caesar and Pompey, and of Crusaders on their way to Holy Land. It is believed that there, too, St. Paul preached Christianity. America is popular in Albania for several reasons. Albania is grateful to America for the late President Wilson’s aid given to the cause of Albanian independence at a very critical period during the Peace Conference. Other reasons for Albania’s appreciation of America are the American Schools in Tirana and Kavaja, conducted by the American Red Cross and Near East Foundation and malaria work of the Rockefeller Foundation.”

Bernstein had strong relations with Albanian intellectuals. Lef Nosi, a Christian orthodox from Elbasan, had promised Bernstein to give him a script of Jewish history or their historical presence in his town. He perused the manuscripts of Evliya Çelebi, a famous Turkish traveler who recorded everything during his trip to Albania in the sixteenth century. Lef Nosi provided evidence of the Jews who were mostly sojourners in the city of Elbasan. Bernstein had strong relations and correspondence with At (Father) Gjergj Fishta, the Albanian Homer of modern times. Fishta was a Catholic priest, a writer, and a poet. He gave Bernstein a copy of the Code of Lek Dukagjini that presents the Albanian BESA as the foundation of the nation’s high morality. He also had relations with Terenc Toci, a tragic figure from the Albanian diaspora of Italy who went to Albania to help the liberation of his ancestor’s country and who was eventually executed by the communists. He had relations with Alexander Moisi and translated his drama “The Prisoner,” from German into English together with his daughter Dorothy Nash. In other occasions, we will see how strongly he was connected to Faik Konica, a famous Albanian writer and the homologue of Bernstein in Washington DC at the same time.

For his contribution on strengthening US American Relations was decorated by His Majesty, King Zog of Albania. He was one of the few to receive the Star and Knight’s cross of the Order of Skanderbeg.

Bernstein is an important figure for Albanian–American Relations. He advocated for the small country, learning about its history and culture, writing articles about its history, helping to open schools, and warning the world about its tragic future. 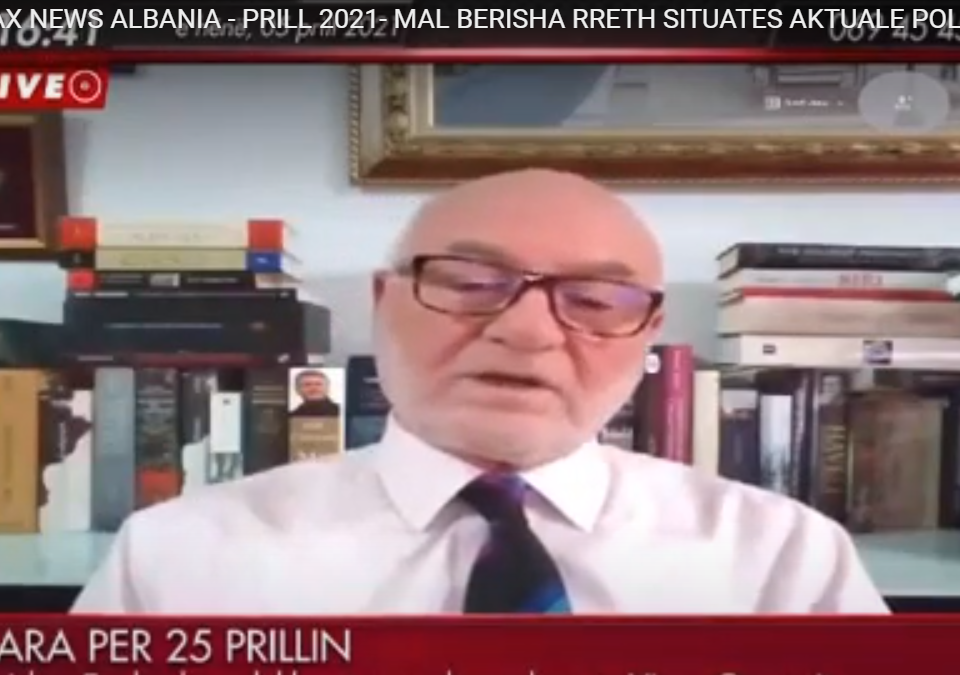 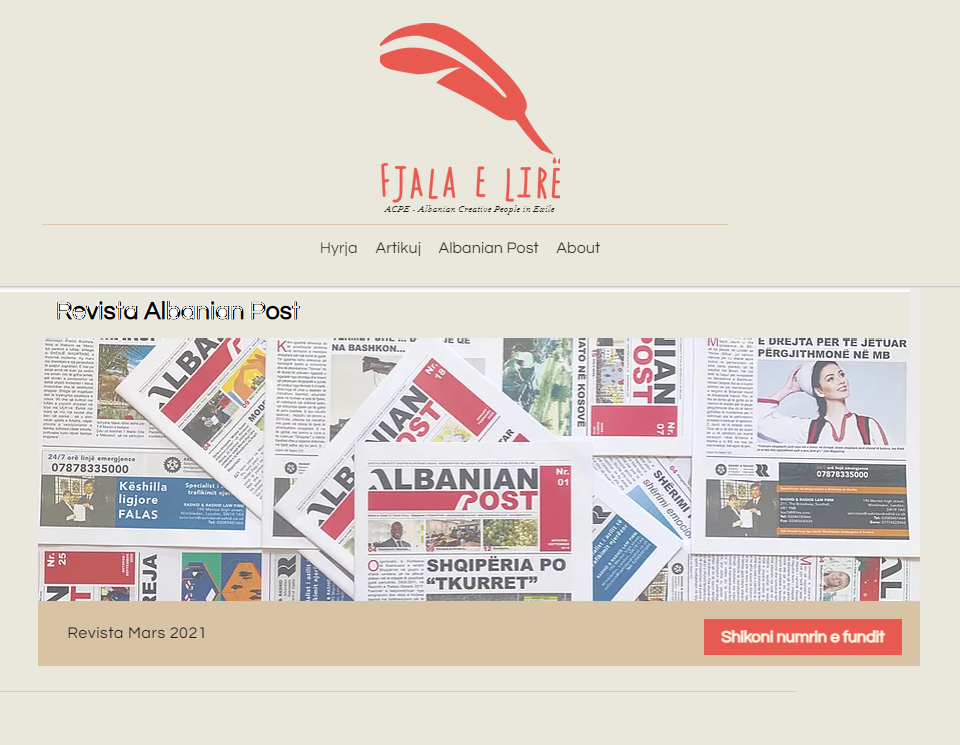 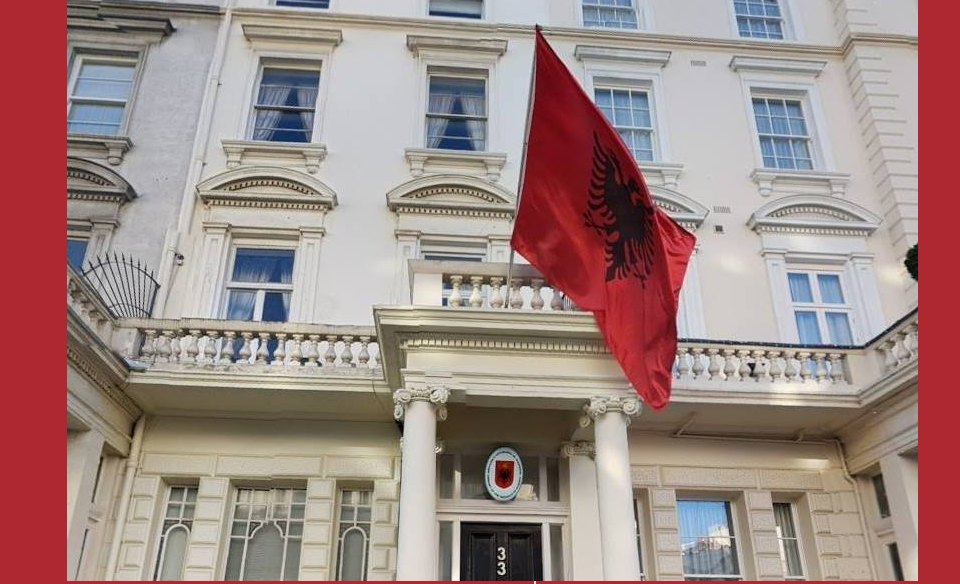